Get this book in print

What people are saying - Write a review

Reviews aren't verified, but Google checks for and removes fake content when it's identified

Greece was a country that John Humphrys was beginning to fall in love with as he visited his son Christopher and his family there regularly. One time whilst visiting he had the mad idea of buying a ... Read full review

An amusing portrait of Greek life, marred by the knowledge that the author obviously earns significantly more than any if those he attacks on the BBC Radio 4 Today programme for earning too much. Read full review

Other editions - View all

John Humphrys has reported from all over the world for the BBC and presented its frontline news programmes on both radio and television, in a broadcasting career spanning forty years. He has won a string of national awards and been described as a 'national treasure'. He owned a dairy farm for ten years and has homes in Greece and London.
Christopher Humphrys is John Humphrys' eldest son. He has lived in Greece for the past sixteen years and is a cellist with the hugely popular Camerata Orchestra based in Athens. 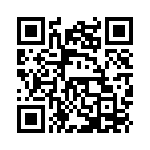