Ruth Gruber was born in 1911, earned her Ph.D. at age twenty, and soon became a foreign correspondent. At twenty-three, writing for the New York Herald Tribune, she was the first journalist--man or woman--to report from the Soviet Arctic. In 1944, while she was working for Secretary of the Interior Harold L. Ickes, President Roosevelt sent Gruber on a covert mission to escort 1,000 World War II refugees in a secret convoy across the Atlantic to America. That mission resulted in her book Haven, which will be the basis of a major network television movie in 2000. Gruber has published fourteen books, including Raquela, which won the National Jewish Book Award in 1978. Her Exodus photographs appeared in the 1997 Oscar-winning documentary The Long Way Home. In 1998 Gruber received a lifetime achievement award from the A 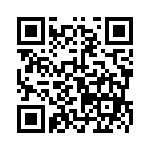