Vatsyayana's given name was Mallanaga and he was most likely from the Madhya Desha, once India's cultural heartland. He lives sometime between the first and third centuries.

A.N.D. Haksar is a well-known translator of Sanskrit classics, many of which have been published by Penguin Classics.

Malika Favre is a French graphic designer and illustrator based in London. 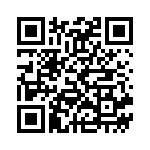