Dr. Spiros Kitsinelis is a researcher focusing on the development of novel and energy efficient light sources. He gained his master's and Ph.D. degrees in chemistry from the University of Sheffield in England where he concentrated on the research and development of pulse-operated low-pressure plasma light sources in the High Temperature Science Laboratories.

Dr. Kitsinelis continued his research as a post-doctoral fellow at Ehime University in Japan in the department of electrical and electronic engineering. He held the position of Project Leader, at Philips Lighting Central Development Lighting, in the Netherlands, and he continued his research and development of the next generation of plasma light sources for the physics department of the National Technical University of Athens, Greece. Taking a break from research, he served as a chemical engineer for the armed forces. When he returned to civilian life, Dr. Kitsinelis picked back up on his research activities.

He has acted as the National Contact Point for Energy at the National Documentation Centre of the National Research Foundation of Greece. Now recognized as a leader in his field, Dr. Kitsinelis has authored a number of scientific publications, attended many international conferences, and is the co-creator of a number of patents in the field of light sources. He is also the editor of the electronic periodical Science and Technology of Light Sources (SATeLightS). 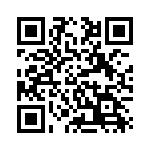