Oscar Cullmann, a prominent Lutheran theologian and New Testament scholar, was born in Strasbourg, France, and held membership in the Lutheran church of Alsace. He earned three academic degrees at the University of Strasbourg, including a doctorate in theology in 1930. He pursued further studies at the Sorbonne, University of Paris. Cullmann taught at the Universities of Strasbourg (1927-38) and Basel, Switzerland (1938-72), and also offered courses at the Sorbonne (1951-72). Quite active in Protestant-Roman Catholic dialogue, he was cofounder of the Ecumenical Institute at Jerusalem. For more than a generation, Cullmann took the lead in advocating a salvation-historical interpretation of the New Testament. Cullmann insisted that biblical texts be studied inductively. Thus, he argued that those postbiblical suppositions favored by nineteenth-century historicism and twentieth-century existentialism must be consciously set aside if the New Testament authors are to be heard on their own terms. In Cullmann's view, Heilsgeschichte (i.e., the story of God's self-revelation and saving action) is the unifying thematic center of the entire Bible. The midpoint and consummation of salvation history is discernible in the life, death, and resurrection of Jesus. This "Christ event" establishes meaning for all that comes before (the period of Israel) and all that follows (the period of the church). The coming "eschaton", says Cullmann, is the fulfillment of the decisive eschatological event in the death and resurrection of Christ. Cullmann's views are best known from his influential volume, Christ and Time (1950). Some scholars question Cullmann's identification of the Christ event as history's midpoint, because many early Christians understood Christ to be the end of history. Since the New Testament perceives the end in different ways, it appears that Cullmann has favored the way that is most congenial to his own theology. 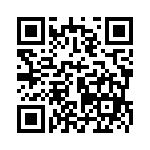