I decided to give the "public choice" shool of political theory a try and this seemed like the best book for that purpose. But I quickly came to the conclusion that there's no real value in these ... Ανάγνωση ολόκληρης της κριτικής 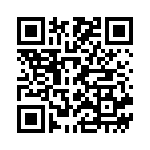