Katja Marek was born in Moers, Germany. At the age of eight, she immigrated with her family to Canada. Her mother was a tailor by trade and took in alterations as a way to stay home with her children. Katja grew up under her mother's sewing machine, and spent many childhood hours crafting, sewing, crocheting, and cross-stitching. Unlike most teenage girls, Katja spent her money not on makeup and music, but on fabric. When she was 14, the family moved to a camp/resort, where many of the cabin beds featured handmade quilts. Katja fell in love with an old version of a Grandmother's Fan design. Without any knowledge of quilting, but with a vast knowledge of sewing, she proceeded to make templates and cut pieces from old clothing--and thus her quilting journey began. Winning the award for art achievement in high school convinced her that she wanted to pursue a career with a creative outlet. In 1999, with years of banking behind her and her children in their teens, the time had come for Katja to realize that dream. She fulfilled her vision by opening her own quilt shop in Kamloops, British Columbia. 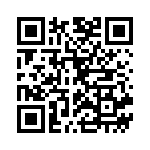