David E. Campbell is Assistant Professor of Political Science at the University of Notre Dame. He is a coauthor of Democracy at Risk: How Political Choices Undermine Citizen Participation, and What We Can Do About It and The Education Gap: Vouchers and Urban Schools as well as a coeditor of Charters, Vouchers, and Public Education. 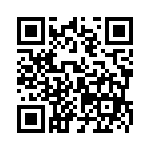