Óåėßäį 266
The officers demanded that he give Before SIMONS , Chief Judge , and them the keys to Caruso's Packard car . ... by a detective MARTIN , Circuit Judge . and , as he reached into the pocket of his coat , the officer held his hand .
Óåėßäį 712
The Court pecially as the evidence indicates that of Appeals , Holmes , Circuit Judge , held , Grant prided itself on paying its eminter alia , that evidence obtained by city ployees as well as any store in Elkins . police officers ...
Óåėßäį 714
United night , and the officers testified at the States , 5 Cir . , 203 F.2d 576 . trial that they were investigating sus[ 4 ] We think that the evidence was pects regarding the same ; that they sufficient to support the judgment of the ... 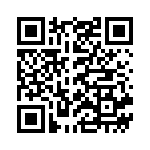