УелЯдб 29
What has been generally described as a “ crime wave " in this country has had more to do with the nature and manner of the crimes committed than their number . It may be said that the volume of crime , collectively speaking , was not ...
УелЯдб 296
Half the joy of life would be missing if it were not for the appreciation of nature first taught by sportsmen . Have you ever stopped to think that this love of nature is a comparatively new thing in the world , and that its ...
УелЯдб 467
Smoke , orange , blue , and gray , their corners , nature remains patwists above it . Stacks and cupolas , tiently firm . Here she digs into the their bases invisible , float in a sea of trenches , and makes her last dogged grimy mist . 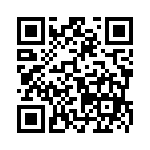