Σελίδα 120
That indif- Platz , and had a long interview with ference would be unintelligible if it the French ambassador , M. Poucet . were not known that the French Gov- The visit was arranged and announced ernment has good reason not to attach ...
Σελίδα 199
Michelangelo , of Shakespeare , Dan- French diplomacy is not mere table ton and Milton , of Bach and Beethoven , talk . In this duel of wits , keen phrases of Gibbon , Kant and Tolstoy , we seem flash like the edge of a Toledo blade ...
Σελίδα 200
French history which D. W. Griffiths A bureaucracy that has nothing to contributed , in his day , to the silver learn is fortunate . But only if there is screen greatly enraged the Parisian nothing to be learned . 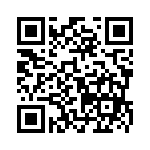