Deal W. Hudson, M. Div. and Ph.D., is the Executive Director of the Morley Institute for Church & Culture in Washington, D.C. Previously with the National Republican Committee and a Bush White House inti-mate, he is the former publisher of the conservative Catholic monthly Crisis and president of the Morley Publishing Group. His articles and commentary have been published in periodicals such as The Wall Street Journal, The New York Times, The Washington Post, U.S. News and World Report, Newsweek, The Spectator, and by the Associated Press. 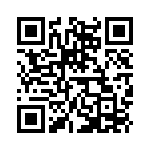