Óåėßäį 145
... then be raised to 40001. a year , more or less , which , of course , would entail a higher subscription , and that , in view of this uncertain condition of things , members naturally refrained from inviting their friends to join .
Óåėßäį 385
Speculation is of course greatly encouraged when commodities are likely to rise in a short time by 50 per cent . or more in price while money can be borrowed from the banks at 5 per cent . or 6 per cent . per annum .
Óåėßäį 407
Officers of the Navy , of the Army , and of the Air Force who had been selected for special training as Senior Staff Officers would undergo a special course in common , spending portion of their time , however , in more specialised work ... 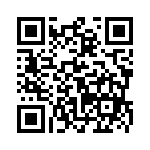