P. T. Barnum: the legend and the man

Barnum, whose name has become synonymous with the circus and the art of humbug, wrote his autobiography at the age of 44 and updated it for the rest of his long life. Most other biographies have ... ĮķÜćķłóē ļėüźėēńēņ ōēņ źńéōéźŽņ

A.H. Saxon is the author of many books and articles on the history of the theatre, circus, and popular entertainments. 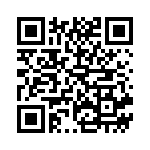