Noah Pickus is Nannerl O. Keohane Director of the Kenan Institute for Ethics at Duke University. He teaches at Sanford Institute of Public Policy and is the editor of Immigration and Citizenship in the 21st Century. 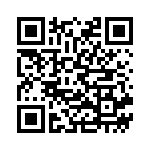