Σελίδα 36
Some stricter definition of the components of context is obviously called for in this
kind of study. The one suggested here consists of three parts, which are called
Context 1, Context 2, and Context 3. Context 1 consists of the words which, ...
Σελίδα 38
Items belonging to the closed-class system are often called determiners;' items
belonging to the open-class system will here be called modifiers. Determiners
are a handful of items such as the articles, this, that, no, what, which, my, your.
Σελίδα 97
... this main sorting process the resulting classes are called A 305–322 (sub-
divisions of A 003) and A 405–422 (sub-divisions of A 004). In this way e.g. A 022
, A 322, * It follows from the definition of the Highest Combined Attribution Value
that ... 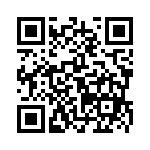