THOMAS SZASZ is Professor of Psychiatry Emeritus, State University of New York Upstate Medical University, Syracuse, New York. He is the author of the classic, The Myth of Mental Illness, as well as Our Right to Drugs (Praeger, 1992), The Meaning of Mind (Praeger, 1996), and Fatal Freedom, (Praeger, 1999). 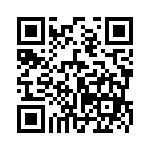