In 1912, Robert Cushman Murphy from Long Island, a young budding naturalist who is working for The American Museum of Natural History, sees his longtime dream come true; a chance to travel to distant ... ŃŪ‹„ŪýůÁ ÔŽŁÍŽÁŮÁÚ ŰÁÚ ÍŮťŰťÍřÚ

Riveting book. The author, the granddaughter of Robert Cushman Murphy, a naturalist with the American Museum of Natural History, has taken his memoirs of the year (1912) he spent aboard one of the ... ŃŪ‹„ŪýůÁ ÔŽŁÍŽÁŮÁÚ ŰÁÚ ÍŮťŰťÍřÚ

Eleanor Mathews holds a degree in geography from the University of Washington, with emphasis on cartography and graphic arts. She is an author of fiction and nonfiction works including The Linden Tree (winner of the 2007 Milkweed Editions Prize for Children's Literature) and a memoir, The Ungarnished Truth, A Cooking Contest Memoir about winning the Pillsbury Bake-Off. She is the granddaughter of Robert Cushman Murphy whose diary, photographs, and other writings are the basis of Ambassador to the Penguins. 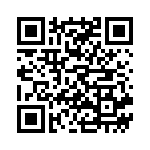