Σελίδα 93
Moore thought that " the presence of the young poet , in particular , seemed to
bring back his own youth and wit " . " Byron and Sheridan took to each other
immediately . The young poet instinctively felt rapport with a man whose first
major work ...
Σελίδα 95
He had not fulfilled the brilliant promise of his youth . But Sheridan , like Scott and
Lady Melbourne , never drew a harsh word from Byron . In 1816 Byron
experienced , as Sheridan had often before him , a sudden reversal of fortune .
Σελίδα 160
Indeed , much more of his vital spirit seems to pervade that other south - side
house , in Ranelagh , where he and his friends spent the wild nights of their early
youth . From this , however , he is now totally exiled , both by his own spiritual ... 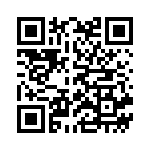