Óåėßäį 9
The thematic identification and quantitative reproduction of working-class novels
at this time is, it is suggested, no coincidental literary phenomenon but is linked to
important social and cultural developments and changes. The post-war period ...
Óåėßäį 173
certainly suggested by Sugden's spotless, uniform-like track suit, decked with
crests, badges and insignia, but more so in his calculated brutality towards Billy,
especially after losing the match. He forces Billy naked into the showers and
traps ...
Óåėßäį 184
Billy seems to embody, in part at least, the sort of intrinsic, psychological stoicism
which, as Richard Hoggart has suggested, is perhaps one of the backbone
qualities of the working class itself: ". . . the ability . . . to carry on, unimplicated ... 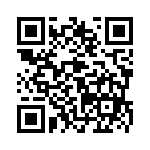