Ian Hodder is Reader at the Department of Archaeology, University of Cambridge. He has been a Visiting Professor at the Universities of Amsterdam, Sorbonne, Stanford Center for Advanced Studies in the Behavioural Sciences, Minnesota, SUNY (Binghamton) and the University of California, Berkeley. His publications include Symbols in Action (1982), The Present Past (1982), Reading the Past (1986), The Domestication of Europe (1990) and Theory and Practice in Archaeology (1992). 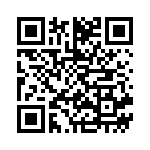