Max Harris is Executive Director of the Wisconsin Humanities Council at the University of Wisconsin–Madison and author of The Dialogical Theatre: Dramatizations of the Conquest of Mexico and the Question of the Other. 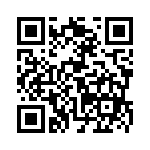