ÆÍŠÔðÃ 14 - On a matter of such importance, the voice of the people must be heard. Activist courts have left the people with one recourse. If we are to prevent the meaning of marriage from being changed forever, our nation must enact a constitutional amendment to protect marriage in America.
éš—ÃÚÔÌÍ¶ÃÕ µÍ 17 ãÕãŠÔÃ ÃÞ■ 2003-2008

John C. Green is professor of political science at the University of Akron and senior fellow with the Pew Forum on Religion and Public Life.

Clyde Wilcox is professor of government at Georgetown University. 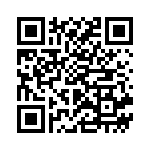