After 20 years in the Royal Air Force, Ian Moir went on toSmiths Industries in the UK where he was involved in a number ofadvanced projects. Since retiring from Smiths he is now in demandas a highly respected consultant. Ian has a broad and detailedexperience working in aircraft avionics systems in both militaryand civil aircraft. From the RAF Tornado and Apache helicopter tothe Boeing 777, IanĘs work has kept him at the forefront ofnew system developments and integrated systems implementations. Hehas a special interest in fostering training and education inaerospace engineering.

Allan Seabridge is the Chief Flight Systems Engineer atBAE SYSTEMS at Warton in Lancashire in the UK. In over 30 years inthe aerospace industry his work has included avionics on the NimrodMRA 4 and Joint Strike Fighter as well as a the development of arange of flight and avionics systems on a wide range of fast jets,training aircraft and ground and maritime surveillance projects.Spending much of his time between Europe and the US, Allan is fullyaware of systems developments worldwide. He is also keen toencourage a further understanding of integrated engineeringsystems. 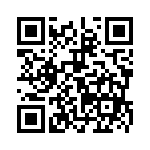