Homer is the author of The Iliad and The Odyssey, the two greatest Greek epic poems. Nothing is known about Homer personally; it is not even known for certain whether there is only one true author of these two works. Homer is thought to have been an Ionian from the 9th or 8th century B.C. While historians argue over the man, his impact on literature, history, and philosophy is so significant as to be almost immeasurable. The Iliad relates the tale of the Trojan War, about the war between Greece and Troy, brought about by the kidnapping of the beautiful Greek princess, Helen, by Paris. It tells of the exploits of such legendary figures as Achilles, Ajax, and Odysseus. The Odyssey recounts the subsequent return of the Greek hero Odysseus after the defeat of the Trojans. On his return trip, Odysseus braves such terrors as the Cyclops, a one-eyed monster; the Sirens, beautiful temptresses; and Scylla and Charybdis, a deadly rock and whirlpool. Waiting for him at home is his wife who has remained faithful during his years in the war. Both the Iliad and the Odyssey have had numerous adaptations, including several film versions of each.

Garry Wills, 1934 - Garry Wills was born in Atlanta, Georgia in 1934. Wills received a B.A. from St. Louis University in 1957, an M.A. from Xavier University of Cincinnati in 1958, an M.A. (1959) and a Ph.D. (1961) in classics from Yale. Wills was a junior fellow of the Center for Hellenic Studies from 1961-62, an associate professor of classics and adjunct professor of humanities at Johns Hopkins University from 1962-80. Wills was the first Washington Irving Professor of Modern American History and Literature at Union College, and was also a Regents Professor at the University of California in Santa Barbara, Silliman Seminarist at Yale, Christian Gauss Lecturer at Princeton, W.W. Cook Lecturer at the University of Michigan Law School, Hubert Humphrey Seminarist at Macalester College, Welch Professor of American Studies at Notre Dame University and Henry R. Luce Professor of American Culture and Public Policy at Northwestern University (1980-88). Wills is also a member of the American Academy of Arts and Sciences and the American Academy of Arts and Letters, and his articles appear frequently in The New York Review of Books. Wills is the author of "Lincoln at Gettysburg," which won the Pulitzer Prize for General Nonfiction in 1993 and the NEH Presidential Medal, "John Wayne's America," "A Necessary Evil: A History of American Distrust of Government" and "The Kennedy Imprisonment." Other awards received by Wills include the National Book Critics Award, the Merle Curti Award of the organization of American Historians, the Wilbur Cross Medal from Yale Graduate School, the Harold Washington Book Award and the Peabody Award for excellence in broadcasting, which was for writing and narrating the 1988 "Frontline" documentary "The Candidates. 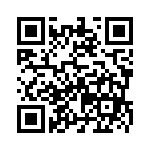