Óåėßäį 7780
That on the one hand , the production costs are is the basis of the legislation we are consider- constantly increasing and , on the other hand , ing today , and that is not right . In a day and the net income is decreasing year after ...
Óåėßäį 8019
He said : Mr. Speaker , on December 3 , 1969 Saskatchewan says that it obtained a good I moved this motion which was placed on the deal - based , apparently , on a production level Order Paper early in the session .
Óåėßäį 8133
This is to his employees , and he has paid the materi- elementary logics : not to destroy what is als suppliers with the $ 500,000 which repre- good , but simply to straighten out what is sent a debt on the production of the com- warped ... 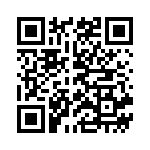