Óåėßäį 4039
S. O. 21 [ Translation ] [ Translation ] PUBLIC WORKS LIBERAL PARTY
MIRABEL EXPROPRIATIONS - GOVERNMENT POSITION CRUISE MISSILE
TESTS - PARTY POSITION Mrs. Lise Bourgault ( Argenteuil - Papineau ) : Mr.
Speaker , Mr.
Óåėßäį 4470
However , the Liberal Party in western demned for its lack of policy for the West ,
and I fully support Canada , I can recall in the 1950s , 1960s and even in the
1970s , that condemnation . The policy of the Government has been did have a
good ...
Óåėßäį 4848
Charbonneau , hardly a Liberal and President of the Central Teachers ' Union ,
why is Gérald Larose , President of the CSN , Madam Speaker , I wonder why the
NDP , which is fighting why are all these people who represent such divergent ... 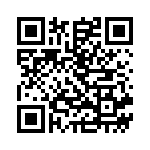