Clive Emsley is Professor of History at the Open University and one of the two General Editors for the Seminar Studies in History Series. 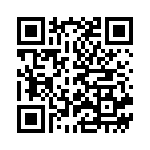