Derek Waller, professor emeritus of political science at Vanderbilt University, was the author of The Government and Politics of the People's Republic of China. 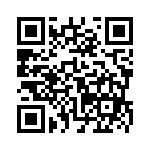