John Locke (1632-1704) was educated at Christ Church, Oxford and held various academic posts at that university, lecturing on Greek and rhetoric. However, his interests lay in medicine and the new experimental sciences and in 1667 he became personal physician to the Earl of Shaftesbury. Under the influence of Shaftesbury, Locke developed his ideas on politics, property, trade, monarchy and the mind. Shaftesbury became a bitter opponent of Charles II and was involved in the plot of 1683. This forced Locke to flee in exile to Holland, but he returned after 1688 and began to publish his most famous works. He wrote also on tehology, education, and in defence of religous tolerance, while founding the analytic philosophy of the mind.

Roger Woolhouse is Professor of Philosophy at the University of York. He has also edited George Berkeley's Principles of Human Knowledge and Three Dialogues Between Hylas and Philonous for Penguin Classics. 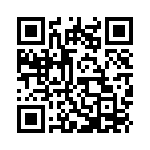