Óåėßäį 391
KEY NUMBER SYSTEM HUTCHESON , Circuit Judge . While it presents more than one facet , the ultimate question here presented is whether petitioner was taxable in 1935 , the tax year in question , on all the income of ...
Óåėßäį 392
It decided that Mrs. Masterson was dren of R. B. Masterson a one - half interest the ultimate owner of the income received in all the property of the estate , and since by the estate for that year and not , as she the conveyance and ...
Óåėßäį 751
( Henry S. Slyfield , of such part of the income may be , held Edgar M. Reitz , and Garland D. Tait , all or accumulated for future distribution to of Detroit , Mich . , on the brief ) , for peti- the grantor ; or tioner . 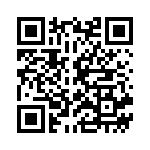