Jeremy A. Rabkin is Professor of Government at Cornell University, where he teaches courses on international law and American constitutional history. 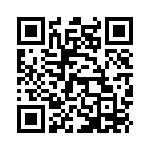