Such a cute little story about the Saturday adventures of the Melendy children. Made extra charming because of the huge differences to raising children in the 1940's as opposed to today. ŃŪ‹„ŪýůÁ ÔŽŁÍŽÁŮÁÚ ŰÁÚ ÍŮťŰťÍřÚ

The Saturdays by Elizabeth Enright was one of the titles mentioned in the Excellent Books for Early and Eager Readers that I reviewed not too long ago and one of the first from my holds list that I ... ŃŪ‹„ŪýůÁ ÔŽŁÍŽÁŮÁÚ ŰÁÚ ÍŮťŰťÍřÚ

Elizabeth Enright (1909–1968) was born in Oak Park, Illinois, but spent most of her life in or near New York City. Originally envisioning a career solely in illustration, she studied art in Paris, France, and at the Parsons School of Design in New York City. Throughout her life, Elizabeth Enright wrote and illustrated numerous books, winning many awards in the process. Among those awards were the 1939 John Newbery Medal for Thimble Summer and a 1958 Newbery Honor for Gone-Away Lake. The first of the Melendy Quartet, The Saturdays, was published in 1941. Translated into numerous languages throughout the world, her stories have been known and loved by many for generations. 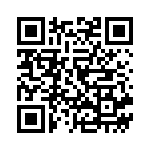