Óåėßäį 103
Solicitor General Rankin , Assistant Attorney General Doub , Morton Hollander and Herbert E. Morris , for the United States . Joel W. Westbrook , James M. Landis and Philip J. O'Brien , Jr. , for Westbrook and others , as amici curiae .
Óåėßäį 160
Upon being met with this Wich * by the pastors of those refusal , the Attorney General sought a The mord further indicates , court order requiring Dr. Uphaus to proWho wis'ute , that he is a man whose duce these items .
Óåėßäį 649
318 319 Cite as 81 S.Ct. 645 ( 1961 ) However , it offered to produce affidavits lateness of petitioners ' denial , however , of the agents , as well as the Assistant the Government was not afforded suffiUnited States Attorney who tried ... 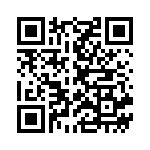