I have yet to read the bulk of this, having started with the appendices. (Method and some issues of detail interest me more in this case.) Worthington is an impeccable scholar, of course. His review ... Ανάγνωση ολόκληρης της κριτικής

Ian Worthington is Frederick A. Middlebush Professor of History, University of Missouri?Columbia. He lives in Columbia, MO. 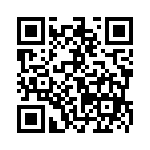