Jon L. Wakelyn, Professor of History at Kent State University in Kent, Ohio, is the author or editor of eight books, including Leaders of the American Civil War and Southern Pamphlets on Secession, 1860-1861. 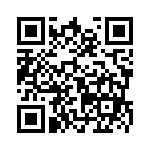