Óåėßäį 216
On motion by Mr. Montgomery , The Senate now reconsidered their vote yesterday given on the bill to amend the act , entitled an act subjecting real and personal estate to execution , approved January 30 , 1824 , as amended .
Óåėßäį 228
Maxwell and Montgomery having called for the ages and noes ; ; Those who voted in the affirmative were , Messrs . Givens , Grass , Montgomery and Robertson - 4 . And those who voted in the negative were , Messrs .
Óåėßäį 285
on the finding of guilty as aforesaid ; when , Mr. Montgomery offered for adoption the following resolution , to wit : Resolved , That Thomas H. Roberts , a justice of the peace of Floyd county , against whom the House of ... 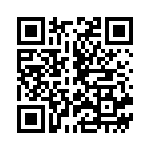