Óåėßäį 152
In formal address , a man or boy might be specified by a patronymic ( his father ' s
name ) : “ Themistocles , son of Neocles . " However , at some Greek cities ,
specifically ATHENS , the use of the patronymic was discouraged due to social ...
Óåėßäį 157
With the help of the goddess ATHENA , Odysseus reaches the land of the
virtuous Phaeacians and encounters the princess NAUSICAA , who directs him to
the palace of her father , King Alcinous ( book 6 ) . There the hero , welcomed
royally ...
Óåėßäį 247
Theseus ' father was the god POSEIDON , who supposedly had seduced Aethra .
On reaching manhood , Theseus easily pushed the boulder away from the
sandals and sword . Taking these tokens of identity , he went to find his father at ... 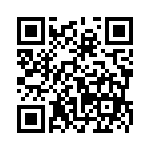