Ivan Turgenev (1818 - 1883) was a novelist, poet and playwright. He was born to a wealthy family in Oryol in the Ukraine region of Russia. He attended St. Petersburg University (1834-37) and Berlin University (1838-41), completing his master's exam at St. Petersburg. His career at the Russian Civil Service began in 1841. He worded for the Ministry of Interior from 1843-1845. In the 1840's, Turgenev began writing poetry, criticism, and short stories under Nikolay Gogol's influence. A Sportsman's Sketches (1852) were short pieces written from the point of view of a nobleman who learns to appreciate the wisdom of the peasants who live on his family's estate. This brought him a month of detention and eighteen months of house arrest. From 1853-62, he wrote stories and novellas, which include the titles Rudin (1856), "Dvorianskoe Gnedo" (1859), Nakanune (1860) and Ottsy I Deti (1862). Turgenev left Russia, in 1856, because of the hostile reaction to Fathers and Sons (1862). Turgenev finally settled in Paris. He became a corresponding member of the Imperial Academy of Sciences in 1860 and Doctor of Civil Law at Oxford University in 1879. His last published work, Poems in Prose, was a collection of meditations and anecdotes. On September 3, 1883, Turgenev died in Bougival, near Paris. 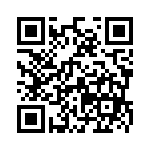