Born in Ohio in 1850, Alonzo T. Jones in 1899 spoke before a committee in Washington to oppose the Breckinridge Bill, intended to compel Sunday observance in the District of Columbia. He soon became a world famous writer and speaker for religious liberty. He served as co-editor or editor between 1887 and 1896 of the American Sentinel, a public magazine defending the principles of religious freedom in the United States. 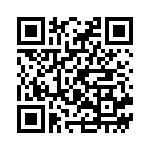