Alan Cairns was born in Galt, Ontario, Canada, in 1930. He received a B.A. from the University of Toronto in 1953 and a Ph.D. from St. Anthony's College, Oxford University, England, in 1963. Cairns taught political science at the University of British Columbia, Vancouver, from 1960 to 1997, when he transferred to the University of Saskatchewan, as professor and chair, College of Law. He is the recipient of numerous awards, including the Molson Prize of the Canada Council (1982), the Canada Council Killam Research Fellowship (1989-91), and the Governor General's International Award for Canadian studies (1994). Cairns has written numerous articles and books about Canadian political science, both historical and current. His books include Prelude to Imperialism; Constitution, Government and Society in Canada: Selected Essays; Charter vs Federalism: The Dilemmas of Constitutional Reform; and reconfigurations: Canadian Citizenship and Constitutional Change. 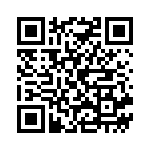