Just might have been a critical masterpiece wasted on me. But I "did not like it" and still rated it "OK". Ανάγνωση ολόκληρης της κριτικής 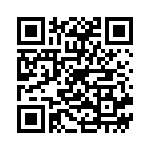