There is nothing as authentic or enticing as reading the first hand accounts of imperial women who lived in the harem of the Ottoman Empire. So much of what women were like at that time is gleaned ... ĮķÜćķłóē ļėüźėēńēņ ōēņ źńéōéźŽņ

Douglas Scott Brookes holds a Ph.D. in Near Eastern Studies from the University of California, Berkeley, and teaches courses in Ottoman and Middle Eastern history and culture. He lives in Oakland, California. 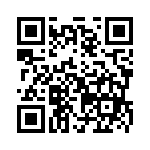