Amy Boesky is an assistant professor of English at Boston College. 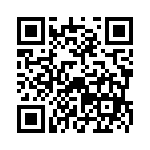