УелЯдб 11527
... moved that Bill C - 94 , an Act to bring into difficulty getting access to the
statutes , not only of the country force the Revised Statutes of Canada , 1985 , be
read the third time and passed . but of the provinces , and ordinances of the
territories .
УелЯдб 11549
I was interested , I would have to note in involving the movement of technology
from persons not passing , that according to the information being used by
resident in Canada . politicians or the peoples ' representatives , the press ,
academics ...
УелЯдб 11819
The words do not make it clear to the reader whether , if the entire motion as
amended were to pass , the referendum would have happened , may have
happened or would ... Member means , the election just passed or an election the
Hon . 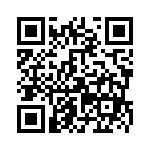