Σελίδα 26
As he could not loosen it , I rushed forward and , drawing my sabre , which was a very sharp one , was in the act of cutting it when I was boarded by a large French launch full of armed men , the officer of which ordered me to lower my ...
Σελίδα 64
return carried back by a French armed boat , and transported on board the ship of the commandant of a French division stationed at the same port , and is , I am informed , conducted since to Nancy or Valenciennes by a French officer ...
Σελίδα 234
In a couple of hours she was brought close to us , and proved to be a Spanish brig deeply laden with cocoa that had been captured by the French , who had taken to their heels when they saw my boat approaching . 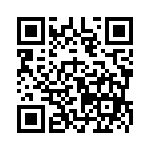