Óåėßäį 153
I then move the previous question . Mr. LE BLOND . I reserve my right to object .
The bill was read . It enacts that the provisions , chapter 240 , of the act of the
ThirtyEighth Congress , first session , approved July 4 , 1864 , shall not be
construed ...
Óåėßäį 472
ernment . ted the following resolution ; which was read , not ordered the bill will
be divested of the considered , and agreed to : operation of the previous question
. Resolved , That the Joint Select Committee on ReMr. CHANLER . If the motion ...
Óåėßäį 526
Certainly . Mr. HOWARD , If the Senator from Mary- || exceed the latitude of
debate that has been Mr. EDMUNDS . This is a very important land will allow me
a momentusual here . That has already been decided question , and I am rather ... 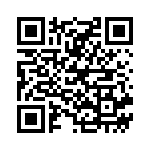