I did not finish this. I found the decision to not use Polish names or even the name of the country--The First Ally, to be incredibly irritating and demeaning. I cannot believe a historian actually thought that was a good idea. ŃŪ‹„ŪýůÁ ÔŽŁÍŽÁŮÁÚ ŰÁÚ ÍŮťŰťÍřÚ

What everybody knows about WWII Poland is that the war started there, that there was a revolt in Warsaw, and that the Red Army swept through on its way to Berlin. In this book, Norman Davies explains ... ŃŪ‹„ŪýůÁ ÔŽŁÍŽÁŮÁÚ ŰÁÚ ÍŮťŰťÍřÚ

Norman Davies was for many years Professor of History at the School of Slavonic Studies, University of London. He is the author of the acclaimed Vanished Kingdoms: The History of Half-Forgotten Europe and the Number One bestseller Europe: A History. His previous books, which include Rising '44:The Battle for Warsaw, The Isles: A History and God's Playground: A History of Poland, have been translated worldwide. From 1997 to 2004 he was Supernumerary Fellow of Wolfson College, Oxford; he is now Professor at the Jagiellonian University at Kraków, and an Honorary Fellow of St Antony's College, Oxford. He is also a Fellow of the British Academy. He lives in Oxford and Kraków. 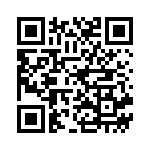