Markus Reindel is an archaeologist specialized in South American and Mesoamerican cultures. He earned his Ph. D. degree at the University of Bonn in Germany. He carried out archaelogical fieldwork in northern Peru, on the coast of Ecuador, in Yucatan, Mexiko and again in Peru, where he is engaged in the investigation of the Nasca culture during the last ten years.

Günther A. Wagner directed the Research Group of Archaeometry, Heidelberg Academy of Sciences, situated at the Max-Planck-Institute for Nuclear Physics, and was at the same time professor for geology at the University of Heidelberg. After his retirement in 2006 he joined the Department of Geography. In 1999 he became the first president of the German Archaeometric Society. He is member of the German Archaeological Institute. He has authored/coauthored several books and numerous articles. He acted as Managing Editor of the journal ║Archaeometry╒ and still is Editor of the series ║Natural Science in Archaeology╒. His research topics are archaeochronometry, archaeometallurgy and geoarchaeology. 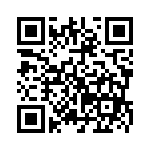