Σελίδα 3
application , striking without reason at a citizen's activities which touch several States , as constitutionally they are en3. There has been a " failure of some Kansas licensed attorneys officed in Mistitled to do under our federal ...
Σελίδα 230
... of particular The traffic had thus far been entirely one bulkheads for particular planes , and a de- way , from Indianapolis to Wichita , and lay in transportation could prove very no reason was given why telephonic conexpensive .
Σελίδα 252
Even assuming it were the question , however , which it clearly is not , these convictions could not stand for the reason stated in Cole v . Arkansas , 333 U.S. 196 , 68 S.Ct. 514 , 92 L.Ed. 644.12 “ ( 4 ) Engaging in any ... 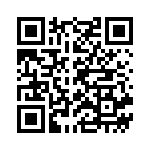